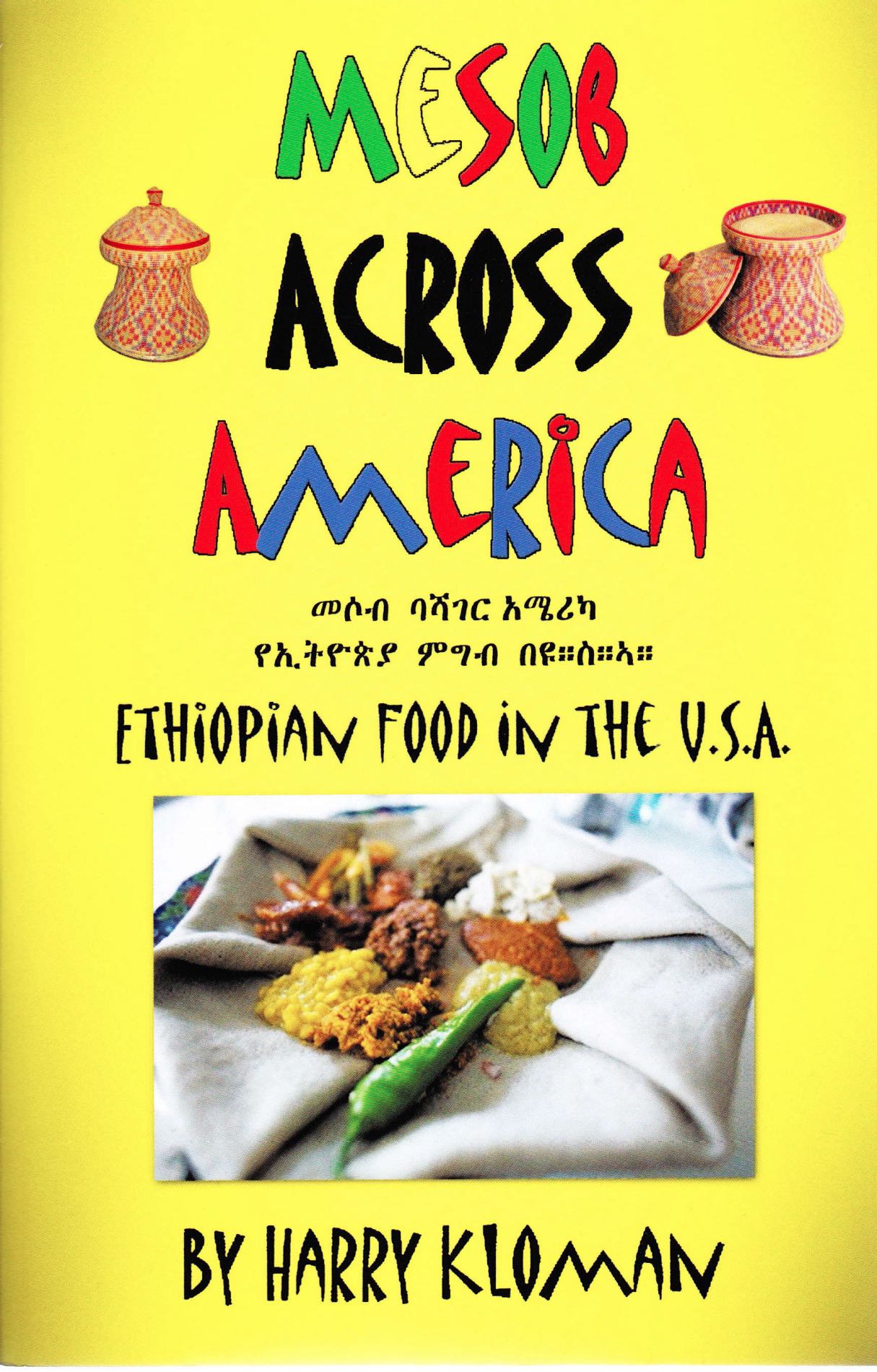 “Ethiopians proudly say their cuisine goes back 3000 to 5000 years. Achaeologists and historians now believe it emerged in the first millennium A.D. in Aksum, an ancient kingdom that occupied what’s now the northern region of Ethiopia and the southern region of neighboring Eritrea.

But regardless of when Ethiopians began to eat spicy wots atop the spongy flatbread injera, or when they first drank the intoxicating honey wine called t’ej, their cuisine remains unique in the world.

Mesob Across America: Ethiopian Food in the U.S.A. brings together what respected scholars and passionate Ethiopians know and believe about this delectable cuisine. From the ingredients of the Ethiopian kitchen – the foods, the spices, and the way of combining them – to a closu-up look at the cuisines’s history and culture, Mesob Across America is both comprehensive and anecdotal.

Explore the history of how restaurant communities emerged in the U.S., and visit them as they exist today. Learn how to prepare a five-course Ethiopian meal, including homemade t’ej. And solve the mystery of when Ethiopian food made its debut in America – which was not when most Ethiopians think it did.

Harry Klommen is a journalism teacher at the University of Pittsburgh and an adviser to its student newspaper, Th Pitt News. He reviews movies for Pittsburg City Paper and is the book review editor for the journal Film Criticism. …

All About Tej is his comprehensive website about Ethiopian honey wine.“

enjoying more than one world